I have this question for anybody who buys me any thing.What other colors was that thing available in ? I know, it is quite irritating, for the person but I  persist.I just start imagining how that object would appear in that colour or colours.My imagination takes wings & goes soaring.I can also visualise the shades of the colour /s.But all this vivid imagination of mine has a flip side.Many people have sworn, never to buy me anything as I appear quite displeased with the colors of the objects they get for me.This despite the fact, that I have instructed them on the choice of colors !

I draw rangolis twice a week.It is basically a pattern by the rangoli powder on the black cuddappah.So ,the rangoli is black & white & embellished with specks of turmeric & kumkum ! In festivals,I draw colourful rangolis -all filled with an assortment  of colours ! Hence,the festive rangolis are very eye catching, as they are all bright, in comparison to to the daily white rangoli designs. 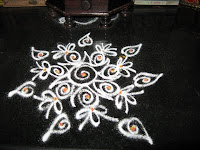 When I look at photographs dating back to my childhood,I am struck by the utter simplicity of our bygone lifestyle.I keep wondering, how would it all have looked in colors ! Would the clothes we wore in those years have similar shades as now ? Was the sky as blue ? Were the trees & grass as green as now or maybe they had a different hue ? Moreover ,many of the photographs would be clicked in studios unlike now, when we just click them anywhere !

The advent of colour television in India during the Delhi Asiad was a milestone & we got our first  idiot box at home.We fell for it -hook line & sinker ! So much so, that our studies suffered but slowly & steadily ,we got to ignore it every now & then.Maybe, we were so awestruck as we had only been used to monotone of black & white on the idiot box & that too with a lot of disruptions & awful reception back in  small town India.The color television came with a lot of changes -reception was good & it was Asiad -a matter of honour to be hosting it ! After this visual treat ,I guess colour television became the norm in India, rather than the exception ! So mesmerising is colour !

Now ,one can even opt for colour in Xerox ! We ,Indians need record/s for anything & everything. Actually ,unless there is a record,we are skeptical of that person ,the event  ,almost everything.Hence ,the xerox is our most valuable friend in these times ! Xerox was & continues to be the most  valuable  ally & colour xerox all the more so ! Now trust can be xeroxed in  the original ! With colours !

Even computers come with colour printers & amp; mobiles are also with coloured screens -all are reasonably priced ! So all of us can enjoy colours without our pockets pinching us.In fact ,the advent of colours in all devices has made all of us equal in more ways than one ! It has brought in a  kind of social equality ! 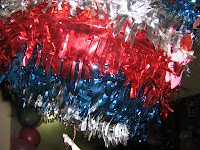 I am sure ,as we get  ahead in this age of social networking ,our lives will get colored all the more, in myriad shades ! It will also work as color therapy & make us better humans !

This blog post is my entry for the HP Take Flight with Colour Contest on Indiblogger.You can learn more @http://h20426.www2.hp.com/campaign/demand-more/in/en/index.html
Posted by vasrao@gmail.com at 12:57:00 PM

Someone is Special said...

of course.. I love your colourful post.. and will my life be colourful ?

Love your post and tell me
what color do i paint

Colours are like the shades of our life...more colours make it more interesting!!