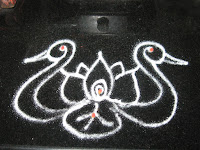 Curds also called dahi in Hindi is a super food .It is easily digestible .It lends itself to many uses.It can be given to kids,old & the young & also the sick.It is full of calcium & friendly lactobacilli.

Many people may be allergic to milk but can take curds without any problem.Dahi contains bacteria which reinstates our digestion after illnesses.So ,dahi is simply excellent ! Whenever, anyone has a stomach upset ,eating curd rice is the best solution .It is also like soul food for many south Indians.Partaking of dahi rice is a signal, that the feast has ended in south India.

It need not be consumed as curd itslef.It can be diluted & made into lassi or chaas.Many falvoured lassis are available now like Mango lassi & the like. Watered curd  is also called as butter milk.Butter milk can be falvoured with jeera,pepper,fresh coriander,etal.It can be added to a variety of dishes.Even recipes can be prepared from dahi as a base.

Can anyone imagine tasty snacks dahi batata puri,dahi wadas,dahi bhalles without curds ? I ,for one, would love to survive only by eating these chat items lifelong !

Dahi, when it has turned sour can be transformed into tangy kadhi ! Some people do prefer their kadhi made with normal curds without any sour taste. Dahi can aslo be added to a variety of veggies to make many  raitas ! Raitas are really very healthy as they have dahi,& veggies in good measure.Some raitas use raw vegetables while still others use veggies which are cooked.The simple tomatar,pyaaz & cucumber raita uses raw vegetables whereas a potato ,red pumpkin,carrot raita uses cooked vegetables.Even bhindi raita boasts of bhindi fried to which dahi has been added ! Obviously ,in all the raitas where in, cooked vegetables are used,curds are added after the cooked vegetables have been cooled to room temperature.My aunt makes a raita with dahi & pomegranate seeds ! I love the pineapple raita served at restaurants.Boondi raita is a hit, with the old & the young alike !

Dahi is the base to making shrikhand,a sweet dish highly popular in Gujarat & Maharashtra.Nowadays,it is more innovative, with fruit shrikhand & even dry fruit shrikhand.My mother has always been using dahi as a base for making fruit salad.And believe me ,it is thicker & tastier, compared to the watery fruit salad made with milk !

Avial is a dish from God's own country,Kerela.Dahi  is added to an assortment of cooked veggies & a coconut green chilli mixture.My late neighbour used to make a very delicious  vegetable called " Rishi chi bhaji " on the occasion of Rishi Panchami.She would cook a mixture of different vegetables including some green leafy ones & then add a helping of curds, to it, after the mixture was cooled.I still miss, that divine taste !

I myself have fallen for this simple fermented milk product off late ! I use it in almost all dishes ! I add dahi to the dough, while I make parathas of methi  & palak .I make use of diluted dahi by adding it to upma.It gives it a fresh tanginess ! I also add dahi to pulavs & biryanis ! Dahi  gives all my rice preparations a rich & creamy texture.It comes in handy, especially ,when the food has become too spicy.Curds lessen the spiciness !

I tasted fruit yoghurt on my trip abroad & fell for it -hook ,line & sinker ! Nowadays,whenever I spot flavoured yoghurt in any shop,I just buy them in bulk & consume them on a daily basis !

Of late,even probiotic dahi has come into the market.I am averse to milk but take chaas regularly for maintaining my calcium levels ! I am eagerly  awaiting  a new flavoured variety of curds which is opening its shop near my home ,very soon !
Posted by vasrao@gmail.com at 1:03:00 PM 1 comments 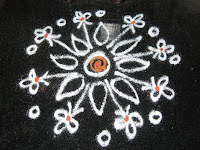 A friend remarked the other day, that, no matter how high & mighty we pretend to be,we are all basically ABCDs.A is for aaya,B is for bawarchi,C for chaprasi & D means driver . Perhaps,sometimes we are more than one of these or better still all the four rolled into one !

Aaya is someone who cares for others like kids,sick & the elderly.Bawarchi denotes a person who cooks & generally takes care of the kitchen.Chaprasi is the sweeper who cleans up the dirt generated by others.Now,it is is upto the sweeper to sweep the dirt away or under the carpet.Mostly the latter.Most of us are indeed chaprasis as many a times we are busy hiding away our vices & exhibiting our virtues ( if any ).

This nomenclature stands good for men as also  women.Men need aayas to care  for them no matter how old they grow.Actually,the older the age,more is the care needed.Men are aayas only in one sense -they earn money which shows they care for the family.Very few males can actually take care of others.Doctors do care but as part of their duty.Men have an inborn innate tendency of not caring.They feel it is a job of the lady just like the other ones ! Men are bawarchis at times when they relax by means of cooking .Of course,some are bawarchis by profession .Chaprasi is an apt name for anyone who clears the mess .Men are chaprasis at the work place as they keep bemoaning that they are always cleaning up for the guy /s who left a mess or rather loads of it.It is another story, that the ladies have to perennially  clean the  trash ,that the men  leave at home on a regular basis.Men drive women crazy & so they are drivers.Sometimes,they do drive vehicles as well but how well they do it is a matter of grave concern to one & all.Just one look at the accident statistics is enough to daze the daylights out of anyone.
Women are all rolled into one most of the times.They are aayas as they care for all at home .Women cook & so they are bawarchis as well.Chaprasis are ladies as they have to clean up the houses & homes after the kids & family members leave litter strewn all over.But some women think that these three roles are insufficient to desribe their talents.So they venture into driving .They  end up being drivers also !
Our Prime Minister also fits into this nomenclature.He is an aaya as he the PM to take care of all Indians.At least,that is the oath taken, later forgotten, in other roles.He is the bawarchi as he has to cook up so many tales to counteract  the opposition ,the media,the public & sometimes even his cabinet ! He is a chaprasi as he will always keep reminding us that he is too busy cleaning up the mess left by the previous rulers.This is to justify that this clearing job is so voluminous that no other work will get done ! He is also the driver as he is driving our nation & its people down hill !
I  am an aaya for my kid & my hubby .This role extends to taking care of  the extended family as well sometimes, just by the reason, of being conversant in the  national language.I cook or rather pretend to cook & so am a bawarchi as well.Obviously ,the blog posts cooked by me, make readers suspicious about my culinary abilities as also my literary ones.Since my kid & hubby have no penchant for cleanliness,all the neatness is my forte.So,I am the chaprasi of the house.Whilst I worked in the Public sector,I realised that all of us - my boss included, were chaprasis earning inflated salaries.I am yet to own a vehicle & so cannot drive.But my hubby says that I drive him nuts by my adamant attitude.So I am a driver by my better half's classification.
We all fit so snugly into this.The next time anybody requests you or even orders you for any job ,just think what role is being demanded of you -aaya,bawarchi,chaprasi or driver ? Nine out of ten,it will be the work of a chaprasi !
Posted by vasrao@gmail.com at 8:21:00 PM 1 comments