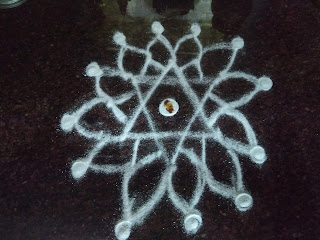 Book Review : Kartikeya & his battle with the soul stealer.

Kartikeya is very much in news today for obvious reasons. And to read this book meant discovering so many tales surrounding Muruga s he is popularly known in the south.I had only seen people going to Palani & Sabarimala .I had no idea about the folk lore or even a story relating to Karthikeya except that he came second to Ganapati circumvating around the world.

This story of Kartikeya by Penguin Books starts with the enmity between asuras & devas. Asuras take great pains to perform severe austerities & get granted  boons from the trimurtis. And then asuras begin  their mayhem. One such asura is Surapadma. He is so strong that all gods fear him .And they want him to be annihilated. And yet , Surapadma's boons seem to have made him invincible . Is there any salvation for the gods ?

On a hill, there is small child .He has no idea how he came there. He is pining for some care. He is cared for by the wild beasts & how ? Yet, he longs for someone like him ,to care for him. Who is he ? He is strange. And brave too. And his compassion makes him the favourite of one & all ,as time goes by. And then ,his parents come to claim him. Does he go with them ? And he has many sets of parents ?

As Harihara putra  grows up, he engages ,the mighty Taraka in a fight .Yet, before that , he ponders if fighting is the only way to get rid of Taraka . His doubts are cleared & he emerges victorious ! Skanda says that he would rather remain unattached & yet he cannot take his eyes off Indra's daughter soon after. Does he get hooked ? The author makes  the characters so human like that this book gets very  interesting ! 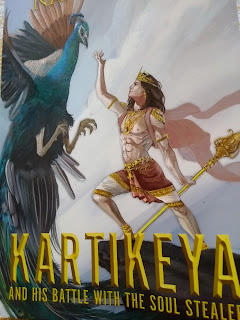 And then ,he decides to go seek his destiny ? What happens next ? The wait gets long for his parents & others. And then , he has to be reminded of his duty. Yet, nobody is sure ,if he can do his duty in such a way that Surapadma will no longer trouble earth or its inhabitants. Does Muruga have the courage & skills to defeat Surapadma ? Skanda thinks he is overconfident or is he ? Does he achieve what all he is destined  to ?

The author , Usha Narayanan, has weaved so many tales into this book  giving cross references about how all the tales are interlinked .This makes the tale complete ! She makes the characters stand out ,with their vulnerabilities ,which makes them so real & believable !

The author describes the beauty & the valour of the characters in magnificient ways .Even the scenarios of forests & palaces are vividly described ,so much so, that they come alive !

Readers would surely read mythology if books are written in such an interesting manner . And this can come about ,only ,when someone has done painstaking  research .Perhaps, Sabarimala row would have never arisen, if the parties to the row, had ever read about the Shivaputra !
Posted by vasrao@gmail.com at 5:02:00 PM 0 comments 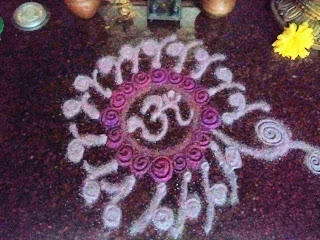 The Girl Child
by
De. B. Dubois 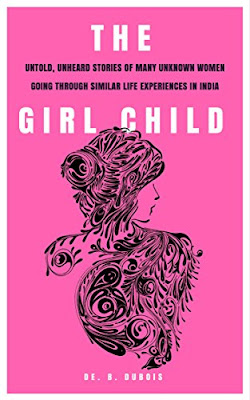 Blurb
Growing up as a strong-headed single child with a privileged upbringing in Calcutta, Devi has learned much from her surroundings. Her childhood memories are filled with mixed emotions – especially as she remains angry with her mother and the hypocrisy of women in India. On an unexpected journey home, she encounters reality – new stories and experiences of strangers, as well as friends. It has been years since she left Calcutta, yet the city’s untold stories haunt her. This time Devi is back in town to solve issues and above all, through some painful and hard revelations, to make peace with those she can.
Grab your copy @
Amazon.com | Amazon.in | Amazon.co.uk
About the author 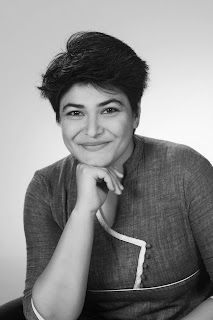 De.B. is an ordinary person with her daily struggles of being fun and peppy; as all those heavy readings on sociology, philosophy, history, art and culture have done her sombre. – Not that she is complaining, – however when things do get too hectic, her escape solutions are: long walks through nature trails with her adopted Maltese, a good glass of absinthe from Val-de-Travers, and creating visual arts. Her friends best describe De.B. Dubois as, – ‘the hermit’.
You can stalk her @

This Tour is Hosted by  The Schedule of  The Girl Child