"We became Harijan (  Mahatma Gandhi used to address dalits as people of God , Harijan ) or bahujan ( many people ) but we never became the people, "says the activist. And so the dalits remain marginalized in our Bharat & never mainstream.

The film Article 15 by director Anubhav Sinha  is overflowing with such innumerable dialogues which are right on spot .And there are many scenes, which are symbolic of what is happening in our nation .Article 15 is a fundamental right under the Indian Constitution. It prohibits  discrimination & allows for reservations  for upliftment of the scheduled castes, scheduled tribes, women & children.

This film is said to be inspired by the hanging of two girls in north India. A young IPS ( Indian Police Service ) appointee, Ayaan ( Ayushmann Khurana )  is posted to a  small town in north India. On the first day of his posting , he is prevented from meeting a group of  dalits as his juniors tell him that these people are forever complaining about sons & daughters who go missing & then return later. .He meets his team & the contractor  who is  in charge of setting the toilet in the police chowki . The contractor says that a new commode will be put as the old one has become useless ...symbolic of swachh Bharat. Can a toilet signify cleanliness & that too, in every aspect ?

And the toilet muck keeps dirtying  the police chowki throughout the film symbolising  the quicksand of dirt & muck surrounding the nation's  police force. The political  parties have used the police forces to fulfill their agendas thereby politicizing the police & ruining the reputation of the police. So much so, that the protectors have turned perpetrators .

The two missing girls are found hanging the next day ,early morning before Sunrise .The bodies are sent for post mortem .The lady doctor who is doing the post mortem is under tremendous pressure for obvious reasons. The police force personnel are non chalant about the death of the girls & keep informing their boss, the young IPS that whatever we may do for them, it hardly matters. A furious Ayaan demands to know , "Who are they ? "It is as if even mentioning the names of the marginalized would pollute them.

Ayaan talks to his writer activist wife about the case & she is all ears. The wife is his voice of conscience & he promises that he will do his best .Ayaan is trying to understand why even half a century after we gained  independence, casteism continues to ruin the nation.

Were the girls raped ? Can the higher castes rape girls from lower castes even as the higher ups declare that its a sacrilege to  drink or eat anything touched by the untouchables  ? Crimes are   always between unequals....the powerful perpetrator/ s & the hapless victim/ s. And a female & that too dalit, means doubly helpless .And a male & from  upper social echelon means doubly dangerous .... even fatal.

There are parallel tracks of a dalit neta who is a rebel & his love interest. There is another track about an upper caste leader teaming up with the disadvantaged taking undue advantage of the coalition. The coalition wins & yet,  can it remain viable, when casteism is lurking beneath the surface ? Ayaan also meets his college friend  who works for the government for another department. He goes missing & his phone is off as well. Ayaan asks his team to find his missing friend. Where is he & what has become of him ?  What happens to the young fire brand leader who has gone underground ? Does he get his due ?

Amidst all this, the IPS officer is subject to an enquiry as he asked about the caste of his police  team members.He is alleged to be partisan .He is suspended.Will he continue with his investigation ? And where will it lead to ? Will the dead girls get justice ?

All the actors have acted well. Even the tiny role essayed by Isha Talwar as the IPS officer's wife is portrayed well. The director Anubhav Sinha deserves kudos for highlighting the problem of caste politics & hopefully, the country should start talking about how we can all resolve  casteism.

And as the young neta says, "More people die in gutters than at the borders...." The film depicts that we all have conspired to remain silent even as we see the marginalised being pushed down deeper . We want the disadvantaged to remain stuck in the muck , so  that the most unwanted work  like manual scavenging, deskinning dead animals & the like is done by them.

And unless, the marginalized are brought into the maintsream vide  upliftment through reservations , & other means , there cannot  be Sabka Saath, Sabka Vikas.
Posted by vasrao@gmail.com at 6:00:00 AM 0 comments 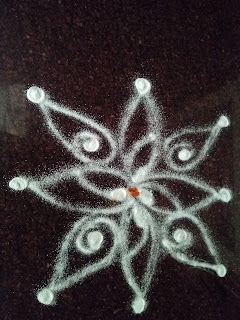 check out the schedule here

THE CLOCKMAKER
by
PAROMITA GOSWAMI 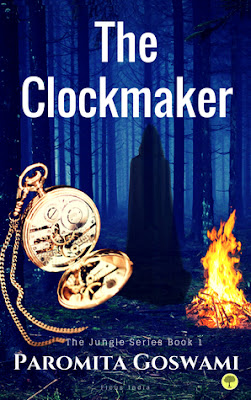 Can you change destiny? What if you can?

Ashish, a passionate clockmaker is frustrated with his life - financial insecurity, his ongoing nightmares and his family, wife Lata and son Vicky, are driving him crazy.

Lata is having a tough time in life with her arch-rival, Rashmi. Vicky wants to be a biker than rather join the family legacy of the clockmaker. He also has a crush on Kavya who is more interested in supporting her family than romancing around.

Lately, Ashish starts hallucinating things. The black hooded man, who traumatizes him in the nightmares, warns him of dire consequences if he doesn’t return the timepiece that was given to Ashish by his father at his deathbed. Burdened with despair, Ashish wishes he could change his destiny and end all his miseries. By sheer chance, he discovers the power of the timepiece. Ashish was still figuring out what to do with it when an incident shatters his life completely. Without second thoughts he uses the power of the timepiece to change his destiny. But, can he really change it?

Amid the chaos of the busy by-lanes of the East Delhi unfolds a paranormal, supernatural, Indian drama that will leave you thrilled.
The Jungle Series – Get ready to be assaulted! 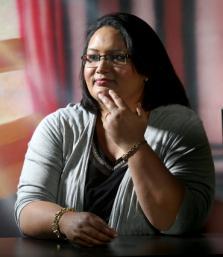 Paromita Goswami is a writer and storyteller by passion and a rebel by choice. She says the world is full of stories and as a writer, she loves to pen them down. Her work is not genre specific. From literary fiction to children book to paranormal thriller and women fiction, Paromita Goswami‘s books offer a variety of life to her readers. Besides writing, she is also the founder of a reading club that enhances book reading habit in children. She lives in central India with her family.

You can stalk her @


This Tour is Hosted by