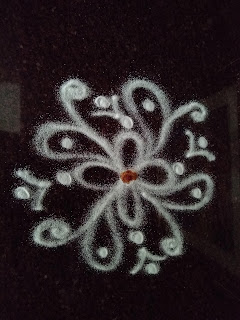 Reservations are necessary for equality.

This post was published on 27th May, 2019 on Women's Web as a  Featured Post. Featured Posts are a careful selection of highly relevant and interesting posts picked by  editors each day.


This week, a lady doctor who was doing post graduation in gynecology committed suicide by hanging in her hostel room in the civic run , BYL Nair Hospital, Mumbai.

It is alleged by the victim's parents, that she was harassed over her origins as she belonged to scheduled tribe.The victim had verbally complained to the unit head & the department head about the casteist remarks & harassment & no action was taken. The victims' parents came to Mumbai & case has been filed against three senior doctors ( all ladies ) who allegedly harassed the victim. The case is for abetment of suicide & under sections of the SC/ ST Atrocities act, Anti  Ragging act,etal.The victim was not allowed to have meals by her seniors & she was not allowed to meet her mother who was undergoing cancer treatment. The victim was taunted on a whatsapp group for doctors by her seniors.

This case is a repeat of what happened to Rohit Vemula , a PhD student at the University of Hyderabad.He committed suicide after facing extreme harassment. There were many protests .An enquiry was launched to determine Rohit Vemula's caste .It was reveled that Rohit belonged to backward class & not dalit. And so, the matter ended there.It makes no difference that a youth commits suicide .Because, what is, of utmost importance is the caste. This is what has remained unchanged, since our society started harping on the caste system through  pre independence times.

And that's why the concept of reservation  was introduced through the Indian Constitution .This was done to bring the oppressed communities  namely the scheduled castes & tribes to a level that they can be equated to some extent with the non oppressed castes or the higher castes. This is because under Article 14 which is a Fundamental Right under the Indian Constitution states " The State shall not deny to any person equality before the law or the equal protection of the laws within the territory of India. "

And reservation is an affirmative action that is positive action through policies which give the disadvantaged communities easier access to education & employment. This is so because Article 15 , another Fundamental Right under the Indian Constitution states that the State can make special provisions for classes of people who are socially & educationally backward or the scheduled castes & scheduled tribes. And  towards this end, the State has reserved some seats in educational institutes & even in government jobs.

And though this affirmative action was thought to be initially sufficient for a short period .Indian society has yet to accept the backward classes as an equal partner .And hence, the State has to continue affirmative action year after year ,through the years . The higher castes feel discriminated by    seventy year old reservations ( as the reservations were brought in,  after India got independence) . What  the higher castes seem to forget is  that the scheduled castes & tribes have been oppressed & suppressed for millions of years since the time of vedas. And the repression continues .

Even today, there are news reports of honor killings wherein the couple's parents & relatives & sometimes entire villages have ensured that the couples are killed because the boy and girl  dared to marry outside their caste .

And in educational institutes, when, the members of disadvantaged classes take admissions, they are treated with scorn & hate. They are made to recall their roots are lower in the social cadre.This affects their confidence levels & many of them are unable to complete their education. This seems to have happened in the case of Rohit Vemula as also in the aforesaid case of the lady doctor who committed suicide by hanging.Similar cases happen at the workplaces wherein members of suppressed classes get jobs.They are ridiculed & treated with contempt  by others & mocked repeatedly. All such instances point to our ghetto mentality .We are biased to the core & its going to be a long winding path before our mindsets change.

Our political leaders have wreaked havoc with reservations by introducing them to communities other than scheduled castes & tribes as this is an excellent source to get votes without doing much ! Though the courts have stepped in & sought to limit the reservations for backward classes ( other than scheduled castes & tribes ) by introducing the concept of creamy layer .

By way of the 124th Constitutional Amendment bill, 2019, the government made a 10 % reservation for economically weaker students among the unreserved category of students. The eligibility condition for 10 % reservation is that annual income must be less than 8 lakhs or those who own less than five cares of land. Ajit Ranade, eminent Indian economist says that the Government's own data by the National Sample Survey states that almost 99% households will be eligible for 10% reservation. As per an analysis by Business Today magazine , this 10 % reservation  will cover 100% of the Indian population as per income criteria. This is already being challenged in courts for obvious reasons .The   concept of  "  economically challenged " does not exist under the Indian Constitution.Moreover economic status keeps changing unlike social criteria suffered by SC& ST since generations.

Those who say that merit should get precedence have no idea what constitutes merit.  Author & law professor Marc Galanter states that three types of resources are needed to get that competitive advantage which is called merit. One is economic resources ( education, training, materials etal ), second is  social & cultural resources ( social contacts, guidance, advice, etal ) & last intrinsic ability & hard work. And obviously the disadvantaged neither have the economic nor the social and cultural resources to win the competition only based on their hard work.This idea of merit by Marc Galanter was quoted by the SC while it upheld the Karnataka law in May, 2019.

The government's own National Sample Survey Organisation ( NSSO ) data shows that Scheduled castes & Scheduled tribes are highly backward compared to  other castes in terms of education.Even in top government posts, SCs & STs corner only 5% of the posts.Another study has shown that efficiency has not been compromised by reservations for SCs , STs in railways. In fact, diversity has led to increased efficiency.

And that's why, the Supreme Court in May, 2019 upheld the Karnataka law which has made reservations SCs & STs for promotions of .This is because , Karnataka was able to show data which proved  backwardness of  SCs & STs  .

Lets remember, just as we have to pay off the debts of our forefathers , so also, this reservation  is an atonement for the wrongs wrecked on the SC & ST communities for centuries ! As we march onwards , lets make the SC & ST our equal partners. And then , surely, reservations will be on their way out.
Posted by vasrao@gmail.com at 9:21:00 PM 0 comments 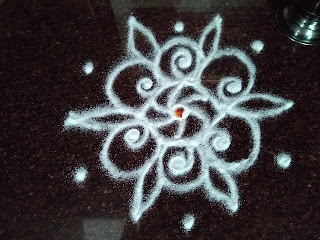 I used to colour my hair with henna. Because my hair is brown .I thought it suited my hair's colour. Slowly & surely, henna made my  hair go dry.My hair was increasingly turning white .The time needed for re colouring was getting shorter . And then, I saw this advertisement for a dye wherein, they showed an Orange aunty whose hair had become orange because of continued  usage of henna. That did it ! I was suspecting that my crowning glory was growing florescent with that bright saffron shade !!! And the commercial of Orange  aunty  (  teased so   by all kids in the commercial  ) confirmed my belief !

I am sure, very soon, one party was going to use my saffron shaded hair to their undue advantage !! I was in two minds if I had done right, by deciding to go colour free  with my hair. Because if I can milk netas & their cronies, I could get even with them ? !

The fact, is that my hair strands had started looking orange as if they were  on fire...somewhat like the party, which is on ignition  ! And my hair strands are  always flying as if there is  a wild fire ! Maybe ,there's something in the air ? !

That's why, my wild hair fire  could be mistaken for the party & vice versa ! And my  well wishers would try to douse the fire on my head with water to cool me off ....Then I could catch a cold .Now, only, if such strategies  worked for politics & yet, some things change for the worse.

My  hair  has many hues now, that it's trying to shed henna.White, whitish grey, grey, greyish white, brown, brownish white, brownish grey, brownish white, saffron white, & so on. In fact, if anyone needs to match colours, there are ample choices on my head ! Or, rather amidst my mop of hair ! On second thoughts, maybe, I  can find employment with any company selling paints .Maybe , even with any showroom selling clothes for ladies .

And yet, going off henna has some plus point.The other day, I was at the airport to bid goodbye to a guest.It was midnight, when I & my husband decided to return home. I asked a security guard if an auto rickshaw can be hired at the departure terminal itself. He reluctantly said, " No, madam. And yet, cannot  say, no to you as you are a senior citizen . "He was staring at my hair which was shining like silver against   the mid night sky . And he himself, hailed an auto & amidst protests by the auto driver, bundled me & hubby into the auto rickshaw.So much for being young & grey !
Posted by vasrao@gmail.com at 11:06:00 AM 2 comments