The recent report by Praja highlights what has been suspected all along that crimes against women & children are treated casually.. This explains the fact, that, more than 90% cases are pending trials in courts.

Hence, conviction is less than 40 % .The reasons can be many. One major reason is shortage of manpower or rather human power. The highest shortage is in forensic laboratories where its 40%, followed by public prosecutors where its 28% shortage. Next is the police, where shortage of personnel is 18% & in sessions courts, the shortage is 14% .Even the Supreme Court & High Courts have vacancies & it takes years to fill up the vacancies. Obviously, all this affects deliverance of justice .And ,when ,at the grassroot level, there are vacancies at sessions courts, & amongst the police, the public prosecutors, & in the forensic laboratories, women & children continue to suffer as their lives are marred by violence.

Even in cases that needed to be tried under the Prevention of Children from Sexual Offences ( POCSO) Act ,just about half of the cases have been tried in special courts as mandated under the POCSO  act. And only 44 out of a total 220 cases tried under POCSO reached the stage of judgement in 2019. In, 2020 , because of COVID, the situation has definitely worsened. All this will add to a huge backlog of cases in the future.

Many states have brought in the death penalty in case of sexual assaults' of children below 12 years under POCSO. And the effect is ,that there are hardly any convictions. Because ,in most cases of sexual abuse of children , the accused   ( more than  90% ) are from the family and friends. And so the victim or survivor is pressurized to keep silent & not depose against the accused.

The pandemic has led to an exponential increase in cases of domestic violence .And even in such cases, it is  likely that the women who are the victims and survivors , will choose to remain silent .They would rather not speak up against their family members. So death penalty will make this complaining against family members nearly impossible.

How can the pendency of cases involving women & kids be  brought down ? Obviously by decisions of the courts .And that can happen only when the courts function with full capacity. That means all vacancies need to be filled up. And this should include vacancies at the levels of judiciary, at the level of police , at the level of public prosecutors and also at the level of forensic laboratories. It's the entire gamut of the judicial system that needs to be covered.

Another step that needs to be taken is to fill up all the vacancies that exist across all the courts, from  the lowest till the highest levels. This will improve the judge to population ratio & help in brining down the backlog of cases. The Advocate General of India, Mr Venugopal recently told the Supreme Court that there is a lot of gender bias in the judiciary .He opined that as many as 50 % of judges need to be women to make it non biased.

A suggestion is to temporarily increase the number of lower courts by appointing willing law graduates as judges .Such temporary judges will be paid only salary .They will be ineligible for other benefits .And as soon as the backlog of cases end, these temporary  judges will be retired without any benefits. Of course, the most suitable of them can be absorbed into the judicial services after the requisite examinations & interviews & other relevant criteria. And mostly these temporary judges can be from women candidates. Even the courts which have to try POCSO cases can be headed majorly by women. Because women have a better understanding of children & their trauma. The temporary judges can try a majority of the cases dealing with women & children as women are better equipped to deal with such cases.

The Supreme Court guidelines as laid down in the Vishaka case  ( which dealt with sexual harassment at the workplace ) stated that the internal complaints committee in any organisation must be headed by  a woman .At least half of the members of this committee must be women. It follows therefore that women must have an equally importantly role to play in violent crimes affecting women & children

Similarly, other temporary posts can be created across the entire gamut of the criminal justice system whereby police personnel, the public prosecutors, the forensic team, can be majorly women. And these temporary posts can be ended once the pendency of cases gets back to manageable proportions. Here also, the most suitable ones can be absorbed into the permanent services through examinations, interviews & other relevant criteria. The Constitution of India allows reservation in favour of women & hence these judicial, police , public prosecution & forensic science jobs in favour of women are as per the Fundamental Right under Article 15 ( 3 ).

Another  way to reduce the huge backlog of cases is to allow  the courts & other judicial & quasi judicial authorities to work in shifts.  In Maharashtra, the lower courts will be working in two shifts .And this, is indeed, the urgent need of the day. In fact, not just the lower courts, even the High Courts & Supreme Court need to work in shifts to clear the huge backlog of cases. If this happens, the backlog will end soon & then all courts can resume single shift working.

And as women get employed , the GDP of our country will rise by 27 % .Hence, employing women as judges, police personnel, public prosecutors & forensic scientists will be a WIN WIN situation for all !!! It will make the society safer for women & children as crimes are dealt with promptly & justice is delivered. Economy will improve & the backlog of cases will reduce.

And this is in accordance with India’s position on the international stage. India is signatory to the International Covenant on Civil & Political rights as also Convention for Elimination of Discrimination against Women .

And this pandemic has given us a chance to implement the aforesaid ideas ,  which can only lead us ahead in the direction of a better tomorrow ! 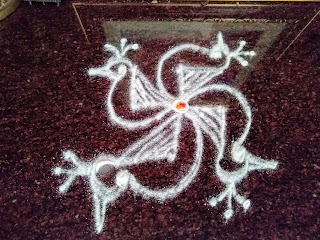 Netflix has showcased the web series based on Vikram Seth’s iconic novel “ A Suitable Boy “ . I had read about the book a lot , though I am yet to read the novel. I have read another book titled “ Two Lives “ by Vikram Seth .Its a love story about his Uncle & Aunt against the background of the Jewish massacre by Nazi Germany,World WaII ,et al. I  loved the book & was therefore, looking forward to watching this web series on Netflix.


“A Suitable Boy “ is one of the longest novels in English & was priced at a whopping Rs 500 when it debuted in 1993 ! The novel consists of 19 parts .The title of each of the 19 parts is described by a rhyming couplet.Vikram Seth has penned notable poems as well.


The web series “ A Suitable Boy “ is directed by the Indian American filmmaker Mira Nair who has many films to her credit on the international cinematic arena .Some of her acclaimed films are Salaam Bombay, Mississippi Masala, Monsoon Wedding, The Namesake, et al. It is produced by BBC & is one of the most expensive ones at a budget of 16 million pounds ! And it is the first BBC production to have almost the entire cast of coloured people .


The series opens with the wedding of Lata's sister to a Professor who is the elder son of the Revenue Minister. Lata’s mother starts harping that she has to start looking for “ a suitable boy “ for Lata now that the older sister is married. Lata’s mom never tires of reminding Lata that her daughter must marry the boy ,she chooses for her because mother of course knows best. Her mother seems very controlling right off the bat, and wants to take charge of Lata’s life. We see these parallels run often in Indian homes even today, echoing how history tends to repeat itself. Lata’s mother definitely has a liking for the dramatics and will apply it to any window she might see.


Lata is torn among three men ,who are besotted with her. One of them, is her college mate. Another is a poet modeled perhaps on Vikram Seth , who himself is an acclaimed poet & author & the third one, is a shoemaker .Incidentally, Vikram Seth’s father was a shoemaker & worked at Bata . I learnt about Vikram Seth’s family from a reading of an autobiography by late Leila Seth, mother of Vikram Seth.Leila Seth was a woman in her own right. She was the first woman Chief Justice of a High Court & also the first woman judge in the Supreme Court.

Lata is too independent, to simply toe the line that her mother wants her to take .Lata refuses to obey her brother’s choice of a befitting suitor Yet, Lata is unsure ,if the one she likes is going to turn out to be the one worthy of her .


The search for the ideal bridegroom for Lata goes on ,against the background of the general elections being held in India, in its dusty villages & towns. A country, where the zamindars are up against the abolition of zamindari . India, where people may befriend others from different communities & yet, this can rarely translate into marriages. A country ,where society will look down upon relationships with a prostitute & yet ,men pine for her company in secret. A nation where one’s faith makes them question the beliefs of others to supposedly strengthen their own creeds . And these scenes make one wonder whether India has changed at all now or remains as it was in those days ?

A politician, who is fed up of corruption & hesitant to ask for favours when his son is in jail tells us that such people existed & some continue to hold on to such exemplary ideals even today. A son, who is deviating from a path which brings disgrace to his family & yet ,he may be the one who perhaps inherits his father’s legacy. These short & eventful narratives are woven into the main plot & make it more engrossing.


The ladies who are part of the series are bold & independent. The women enjoy their wine & sherry & a fling or two. And they seem to be ,on an equal footing with men. And finally, Lata manages to choose her life partner. And who is her groom ? The series is only six parts long The dialogues are slow .Perhaps, keeping with those times, where life moved to an unhurried pace.


The set design is truly magical. The costumes, the décor, and the whole vibe is accurately representative of India in the 50’s. With all of that vintage touch, the director aims for all the nostalgia & one can feel it.


Some of the actors have a Bollywood background,& others are from the television industry . Some of the acting can definitely be improved upon.Yet ,as a unit ,they managed to create an engaging narrative . There are many characters & each character has a wonderful presence .The actors who play them are nuanced .This makes it a simple & engaging tale.


And though viewers may be wanting more, they may have to wait for Vikram Seth’s “ A Suitable Girl “ to be published .Mira Nair may, direct season two of the web series in the future.
Posted by vasrao@gmail.com at 4:34:00 PM 0 comments 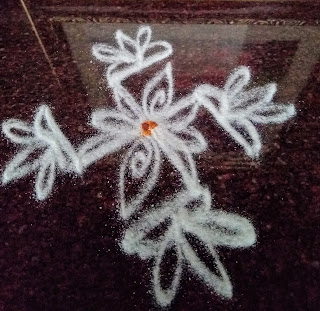